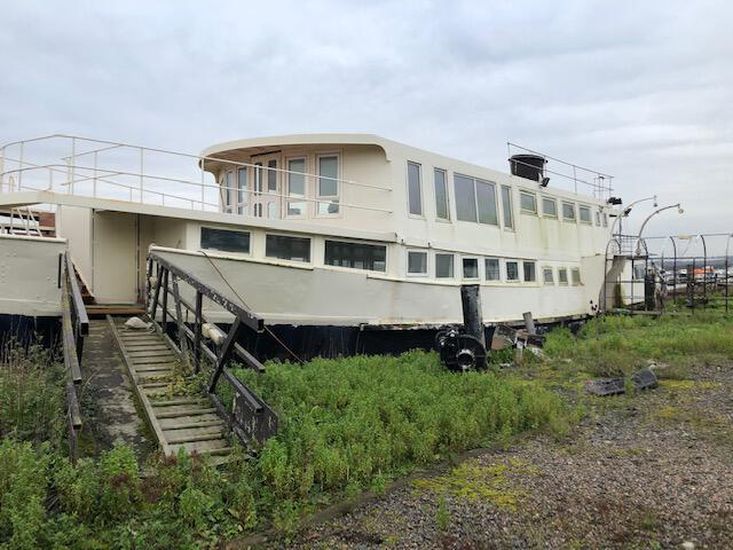 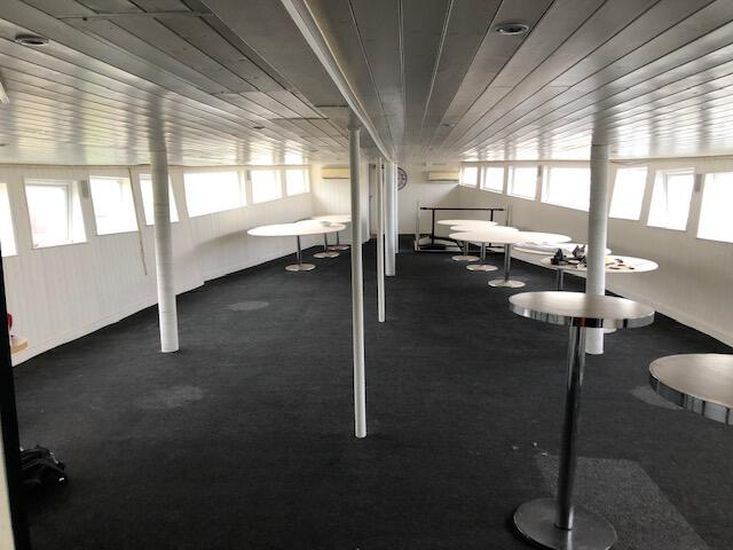 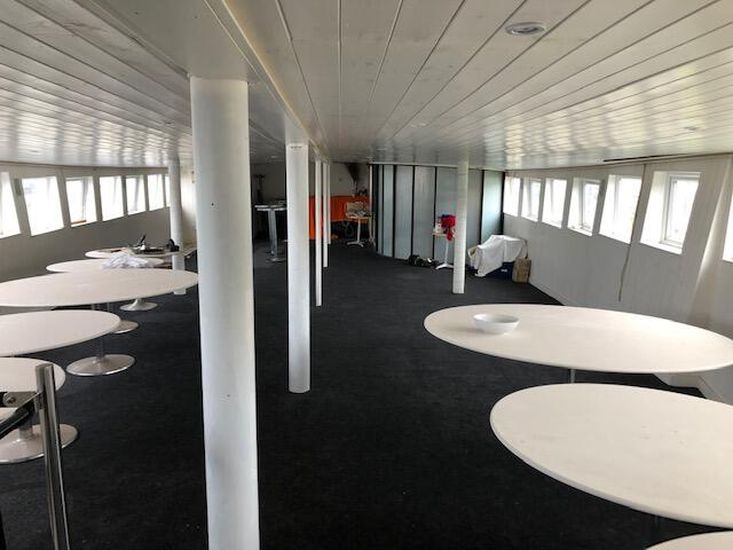 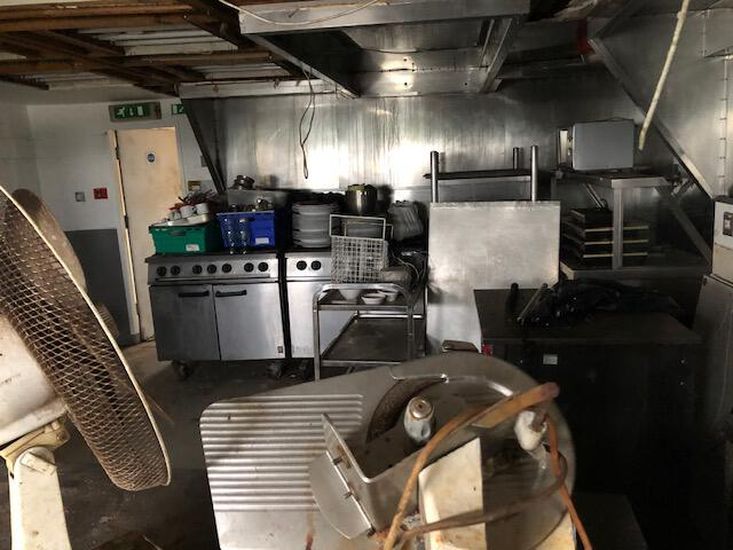 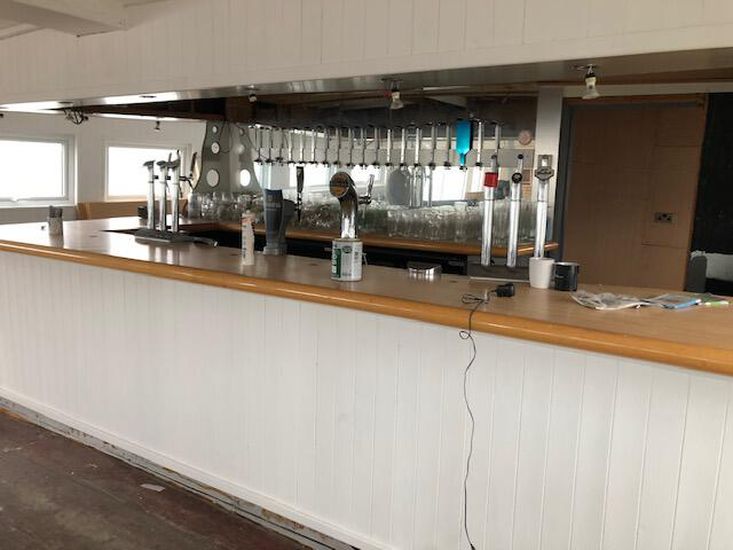 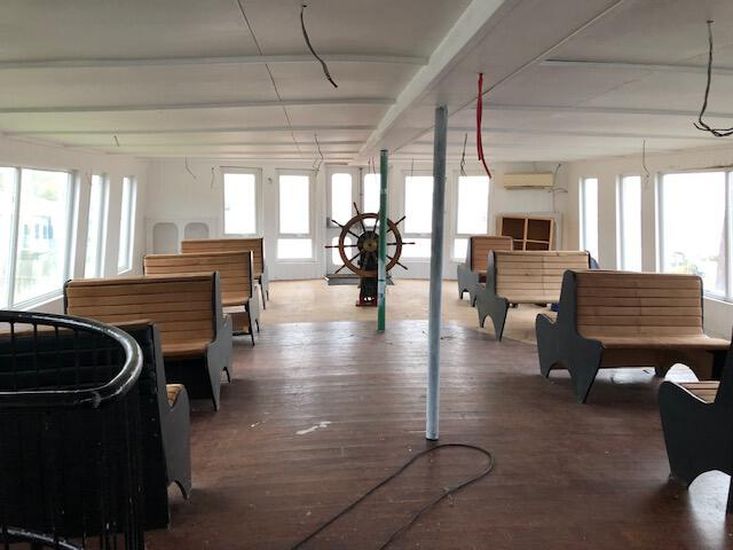 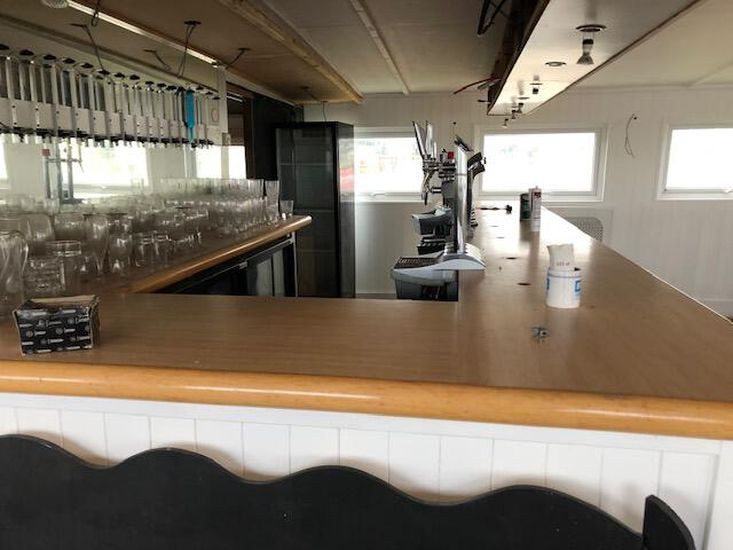 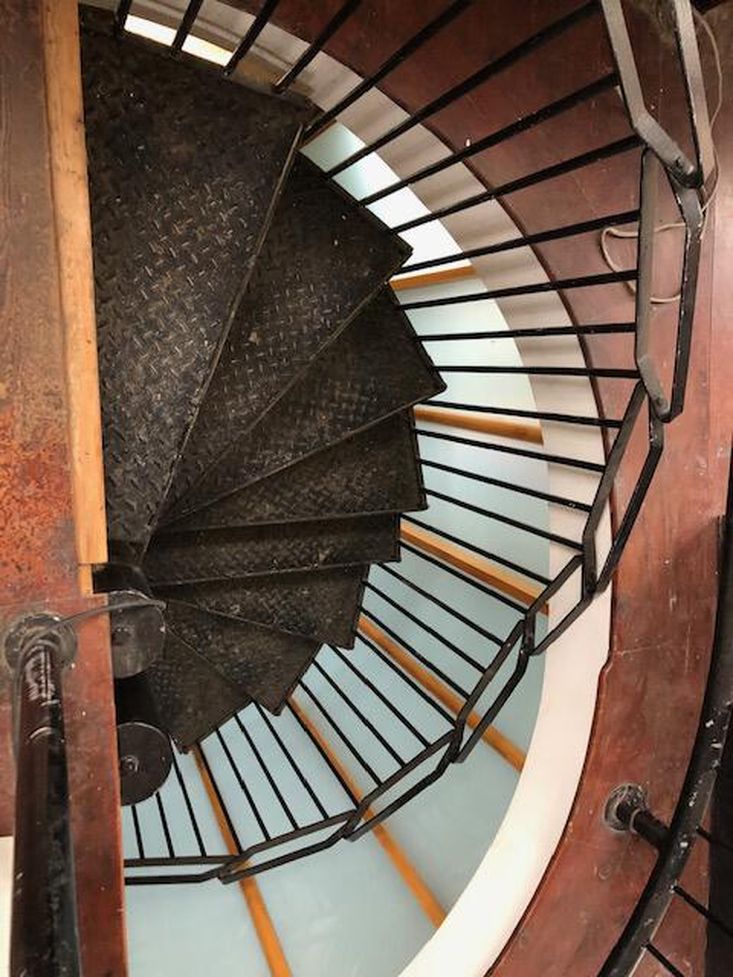 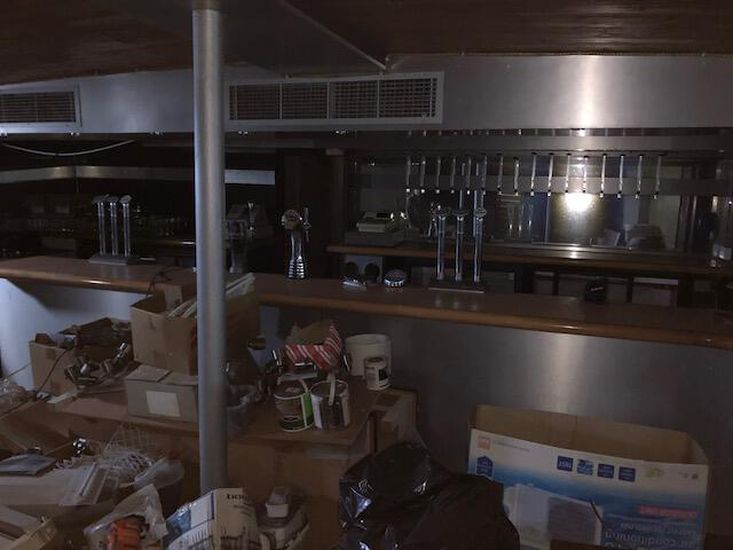 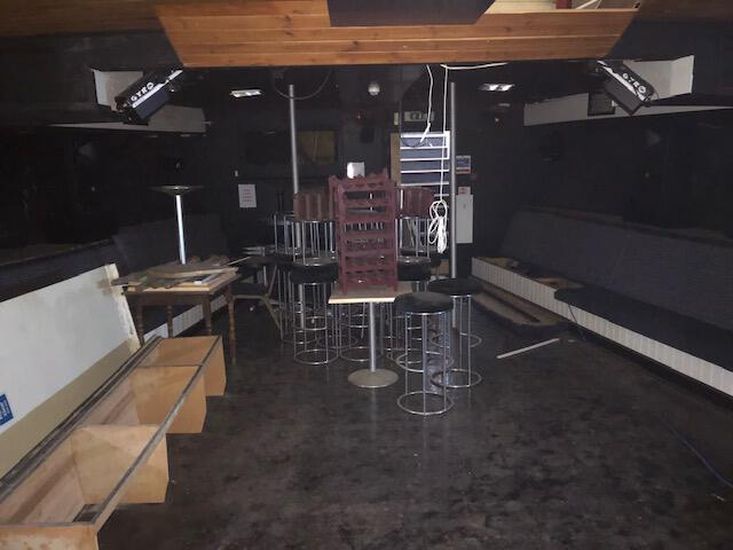 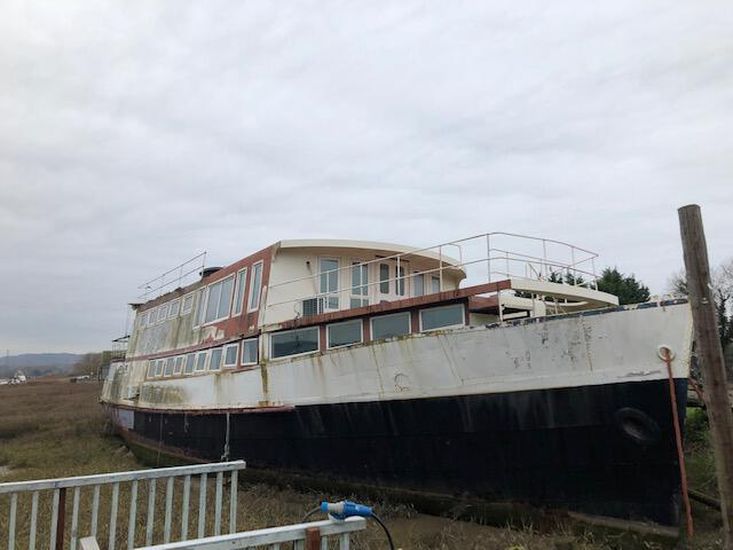 Premier Houseboats are pleased to present the Rochester Queen, an ex event venue boat, that could be put back to being a venue with a relatively small amount of updating, or converted to create an amazing houseboat. This incredible opportunity now comes on a secure residential mooring.
Rochester Queen offers incredible space over three levels, the top two levels have an incredible amount of light due to the many windows, and there is also excellent headroom on all three levels.There are three bars, and an industrial kitchen capable of catering for the large gatherings The Rochester Queen was used to hosting.
There is a heating system in place however a new boiler will be needed. Externally there are three outside deck areas where you can enjoy your surroundings in comfort wherever you are moored. The Rochester Queen is an impressive looking vessel. Although no longer able to cruise, as a static vessel on the right mooring she could be an excellent business opportunity. Converted to a houseboat she could be a stunning, spacious and unique property.
Opportunities to purchase a historic vessel such as The Rochester Queen come up very rarely, and viewing to appreciate the space available, whether as a houseboat or as a venue, is recommended.

She is on the historic ships register, below is a brief history :

In 1935, a formidable competitor to Royal Lady arrived in the form of the Coronia (1), built by Warren's New Holland Shipyard on the Humber Estuary. Although of similar layout to the 1934 Royal Lady, she only had one funnel, which was positioned too far aft for symmetry. Coronia (1) was owned by Jack Ellis, and her original livery was a yacht-like white, later with a pale yellow funnel. She had a gross tonnage of 227 and an overall length of 130 ft, and carried 475 passengers on a Class 3 Certificate. Her engines were supplied by the National Gas & Oil Company of Ashton-under-Lyne, a company not normally associated with marine installations. She was capable of 13.5 knots, a lot faster than her initial competitor Royal Lady. In 1937, Coronia (1) reappeared with two funnels like her competitor. These were initially pale (yellow?) in colour, but later became red with a black top. In 1938 she had a more equal competitor in the New Royal Lady, which matched her is size and speed. However, in pre-war years there was more than enough custom for two such fine vessels.

During the war Coronia (1) served as HMS Coronia, in the Humber, Scotland and on the South Coast, latterly as part of Force Pluto which laid and maintained the cross-channel oil pipelines. She was refitted in 1945, returning to Scarborough in July of that year. The dummy funnel had been removed during the war. Coronia's colours were now modelled on the Union-Castle Line, with a lavender hull and retaining the red and black funnel (although I do not have a card in this condition). The funnel later became a paler colour (yellow?). Her first post-war competition did not arrive until 1951, when the Yorkshire Lady arrived. The same year saw the death of Jack Ellis, and the sale of Coronia (1) to Jack Johnson, who owned her with his son Martin until 1966. She was given an attractive new colour scheme with a pale blue funnel and black top, separated by a broad white band. The hull was white with red boot topping. Further competition arrived in 1952, in the form of the Regency Belle, which had run at Brighton in 1951, and moved to Torquay for the 1955 season. In 1954 the Regal Lady had joined the others at Scarborough, which had four excursion ships for this season only.

Coronia was placed on the sales list in 1966, and was sold to Croson Ltd of Bournemouth. She left Scarborough in May 1968, becoming the Bournemouth Queen. She operated cruises from Poole via Bournemouth to the Isle of Wight and occasionally Southampton. Bournemouth Queen was sold again in 1973 to Sir Robert McAlpine, for use as the ferry Queen of Scots between Rothesay and the oil rig construction site at Ardyne Point, work which continued until June 1977. On 15th July 1977, the paddle steamer Waverley ran aground off Dunoon, and was withdrawn for repairs. Queen of Scots was chartered to maintain services for the season. The following years Queen of Scots continued Clyde cruising under the ownership of B& B Cruising, but this company was forced into bankruptcy in 1980.

In 1982, the London restaurateur David Law purchased the laid up Queen of Scots and moved under tow to Gravesend where she was refitted as the Rochester Queen (4). Her engines were removed at this time, and are now in the Science Museum in London. The restaurant failed in 1993, and Rochester Queen (4) was sold the following year and moved to the Medway Yacht Club as a floating club house.


Premier Houseboats offers the details of this advert in good faith as it was presented by the seller or his representative but cannot guarantee or warrant the accuracy of this information nor warrant the condition of the described item within this advert. A buyer should instruct his agents, or his surveyors, to investigate such details as the buyer desires validated. The Item described within this advert is offered subject to prior sale, price change, or withdrawal without notice.

Boats for sale
by continent

Boats for sale
by country